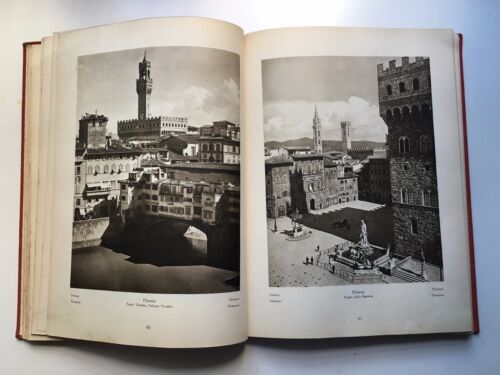 The exhibition Endangered Landscapes features photobooks on alpine motifs. It paints a picture of the transformation of the Alpine landscape as expressed in books from the twentieth century. The show also illuminates a specific photobook typology and genre dealing with Alpine culture and architecture. It testifies to the photographers’ fascination with the often hard-to-reach places, the masses of snow, and the towering mountain peaks. In these books, you can ‘visit’ places that once were, but no longer exist. The books tell of small local communities, traditional rural life in the Alps, and commercialization of the mountains, including ski resorts and alpine tourism. And they present a number of unique natural formations and landscapes that are about to disappear due to climate change and industrialization.

The exhibition brings together a representative selection of books documenting the photographic genre, its aesthetics and distribution. These popular books were—like postcards with alpine motifs—printed in large editions and distributed internationally. Often it was some of the leading photographers of the time who were behind the iconic images. Photographing in the mountains was a difficult discipline. Due to the books’ splendid designs and their spectacular motifs, and because they document phenomena and conditions that in many cases no longer exist, they are today regarded with great architectural, cultural, and historical interest. At the same time, it is worth taking note of the cultural construction of the mountain landscape and its image, and to reflect on what importance the visual mass media have had on this landscape and its development.

The Alps is one of the places on Earth where climate change has most clearly shown itself. The climate in the Alps, which is of decisive importance for large parts of Europe, has changed significantly over the last hundred years, when the temperature rise in this region has been 2 degrees centigrade, that is, twice as much as the world average.1 The glaciers are melting, and today they have lost about half of the ice they had in 1850.2 Global warming has altered the biodiversity of the Alps, and it now also threatens the water cycle in the mountains. As the commercialization of the Alps increasingly disrupts natural cycles and the ecosystem of the Central European region, early photographs and photobooks silently remind us of the uniqueness of this precious landscape. 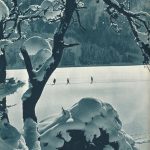 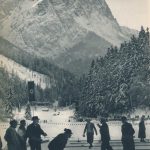 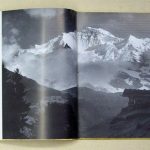 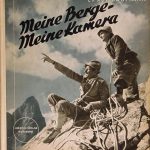 The Alps cover a territory of approximately 190,700 square kilometres and run through France, Italy, Switzerland, Monaco, Germany, Slovenia, Austria, and Liechtenstein.3 The frightfully majestic beauty of the alpine peaks has been an attraction for mountaineers—and tourists—since the 1800s, when the expanded infrastructure—especially the railway network and cable cars—made it possible for more people to visit the traditionally hard-to-reach areas. In the beginning, it was mainly the British upper middle class who took interest in the Alpine phenomenon. The mountains offered travellers an aesthetic experience—the encounter with the sublime—which was impossible to grasp. The alpine air was considered to be healthy for body and soul, and many visitors would combine their travels with recreational stays. However, the native mountain farmers cultivated a different understanding of the alpine terrain—they did not see the Alps as a significant landscape destination or as a retreat—so there were no local traditions of mountain tourism or rock climbing.

However, with the development of mountain tourism and the mapping of the topography of the area, the first photographic representations of the Alps followed as well. They are daguerreotypes from the middle of the nineteenth century. The famous Victorian thinker John Ruskin (1819–1900), who inquired into the geological structure of the Alps, was a pioneer in this respect, and arguably one of the first persons ever to photograph the Matterhorn, in August 1849.4 Other noteworthy pioneers of early mountain photography include Joseph-Philibert Girault de Prangey (1804–1892) and Auguste-Rosalie Bisson (1826–1900). Aided by an experienced mountain guide, and a large number of porters carrying his glass plates, camera, chemicals, and portable darkroom tent, in 1861 the latter was the first to successfully capture views of Mont Blanc at the summit of the highest peak in the Alps.5

The invention of the roll-film hand camera and the marketing of the American Kodak camera in 1888, however, revolutionized mountain photography. With the handheld camera in use, it became much easier to make photographs in the mountains. It was now also possible for mountain tourists and amateur photographers to take their own snapshots. The easy-to-carry and -handle Kodak camera was a simple box camera that came loaded with a 100-exposure roll of film. When the roll was finished, the entire machine was sent back to the factory in Rochester, New York, where it was reloaded and returned to the customer while the first roll was being processed.6

The early photographs of the nineteenth century form the backdrop for the canon of sights that dominate the many photobooks on alpine motifs of the twentieth century. Throughout this century, however, the image of the Alps was significantly shaped by photographs dedicated to mass tourism and popular winter sports. Notable examples of modern photobooks that embrace the “bon vivant” lifestyle and charm of popular ski resorts in the Alps are Skivolk (1930) by August Trueb and Skikamerad Toni: Winterfahrten um Garmisch-Partenkirchen (1936) by Dr. Paul Wolff. Other books—such as Ein Bildband vom Kannenbäckerland (1941) and Die Schweiz (1931)—focus on the vernacular culture of a particular region, while yet others, such as Im Ballon uber die Jungfrau nach Italien (1908), Die Alpen (1929) and Meine Berge – Meine Kamera (1935), outline the special alpine landscape photography and its genre.

The exhibition illuminates specific aspects of ‘Off Balance’, the Photobook Week Aarhus theme, and it contextualizes the two related exhibitions on Nanna Debois Buhl’s and Walter Niedermayr’s photobooks, both of which reflect on the Anthropocene and how society’s understanding of nature and landscape is constructed and represented through different visual media. 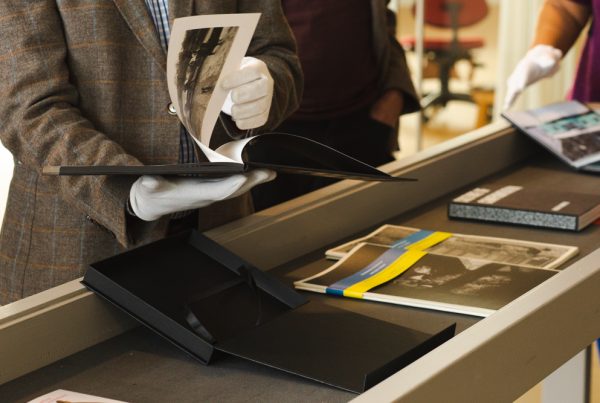 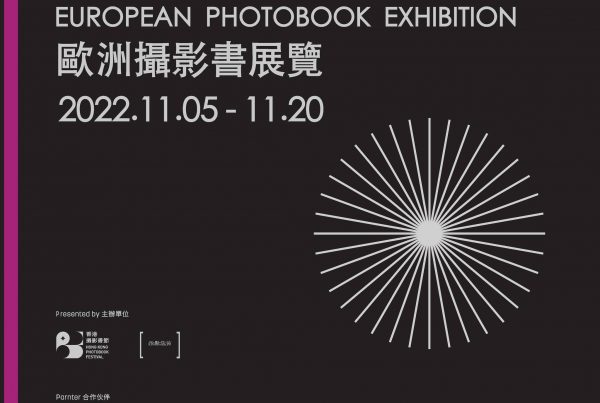 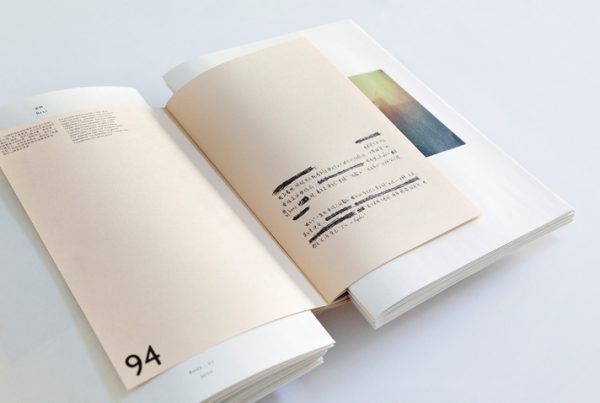