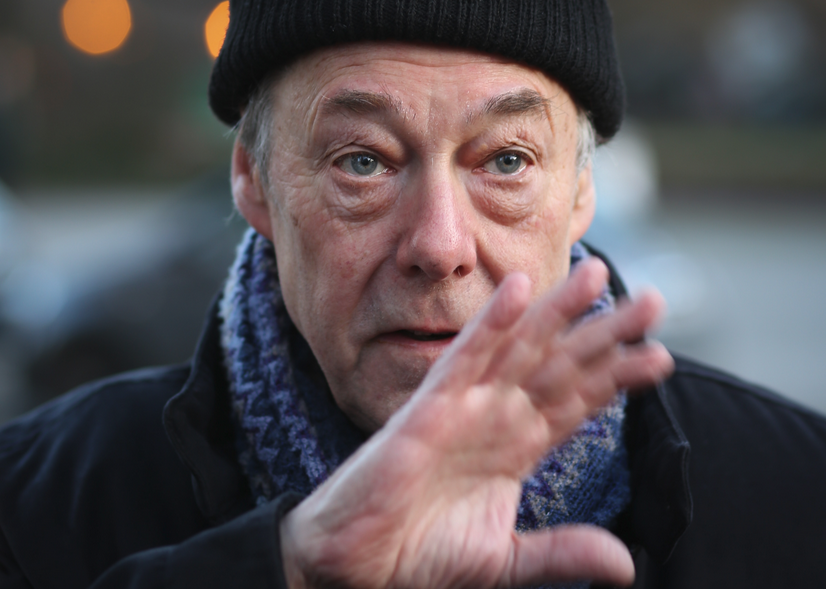 Last October in Denmark for the superb Aarhus Photobook festival (link HERE) I was able to have several extended conversations on the nature of photography with Gerry Badger. Gerry is probably the most informed writer and commentator on the medium I have ever come across. His views are stridently opinionated and not to be easily dismissed. Gerry divides photography practice into two opposing camps. On one hand authentic hard-won work coming from the artist’s heart and head. And the other pretentious wow look at me, ego based, I want to be famous sort of work. Needles to say I’m with Gerry and go 100% with the authentic.

I came across a piece on Gerry Badger’s website (you can go there HERE) which further develops this debate. In essence Gerry firmly supports documentary or straight photography. And I agree, for two reasons, First, there is more than enough magic and mystery in the world on our doorsteps, to keep all of us shooting for several lifetimes. Second, the contrived and the overly conceptual mostly seems to come pre-loaded with a goodly dose of ego and pretentious posturing. Don’t get me wrong here, there is a lot of rubbish documentary work being made just as there is some worthy highly conceptual work.

In a preamble to a piece on Michael Schmidt’s bookwork Waffenruhe, Gerry expands on these thoughts:
For the serious photographer with a confirmed belief in the artistic worth of ‘straight’ photography – the so-called ‘poetic documentary’ mode – these are trying times. More than ever, most of the world seems to think that the simple photograph is not enough. The photographic artist who still stubbornly works within the broad tradition of Atget or Weston, even Frank or Friedlander, is deemed wilfully anachronistic, a member of a mutated, almost extinct species.

The straight photographer certainly is an endangered species. Reviled either openly or covertly, and frequently passed over in favour of those utilising the medium for conspicuously more grandiose ends. These days, the straight photographer’s nominally modest, ‘unambitious’ tend to be swamped by the serried ranks of vainglorious photofabrications and moronic pieces of minimalist conceptualism masquerading as the ‘real thing.’ For example, in a recent exhibition shown in France and England, Another Objectivity, the work of the American ‘New Topographer’ Robert Adams – relatively smallscale, subtle, complex – looked like a fish out of water amidst the welter of overblown, vacuous variations on undergraduate themes that were purporting to make us ponder issues of ‘art’, ‘culture’, and ‘representation.’ Adams – unfashionably, daringly – seemed more concerned with life than with art.

Of course, I an deliberately oversimplifying the issue. I also wish that is were unnecessary to take such a reactionary tack, but I feel that a little revisionism is in order. An artist’ medium should not be the ground for value judgements and ideological conflict. The art, yes – the medium itself, no. Yet that is precisely what has happened, and what is happening with photography. Certain ideological applications of photographic processes, namely, where the primacy of the photograph is denigrated and challenged, are held to be superior to the documentary utilisation of the medium. The photo-hybrid – photopainting, photosculpture, the ubiquitous conceptual photo ‘piece’ – is seen as the only valid notional approach. There are signs of active discrimination against the straight photograph and the plainly veristic practice from both within and without the photographic enclave.

Yet, so many of those seeking to ‘extend the boundaries of the medium’, and refute the ‘hegemony of the documentary’, are fooling themselves. Whether deliberately or unknowingly (often the latter I suspect), they would seek to deny photography’s salient strengths and replace them with a diluted academicism. Much of what they trot forth as shining examples of the medium’s cutting edge are simply tired old ideas (intellectually kosher ideas, to be sure) wrapped in glossy new packages and bound with accompanying rhetoric. Invariably – lots of rhetoric.

I write this rather bitter preamble by way of a new book by one of Germany’s leading photographer – Michael Schmidt. I have been cheered immensely by the appearance of Waffenruhe (Ceasefire), and hope that it might rekindle the spirit in any straight photographer whose faith might be waning. For Schmidt confirms that photography certainly can be enough, a medium rich in allusion, visual surprise, and narrative quality when utilised by an intelligent mind’s eye. Furthermore, Waffenruhe reiterates a fact that has long seemed blindingly apparent to the more discerning photographer, that photographs must be put together like words, or individual movie frames, in order to sing their full song. It advocates persuasively that the most effective form of presentation for the straight photograph is probably the book. A vessel for the poetically juxtaposed sequence of images, the book becomes the primary artwork, rather then the necessarily less concentrated row of prints on a gallery wall.